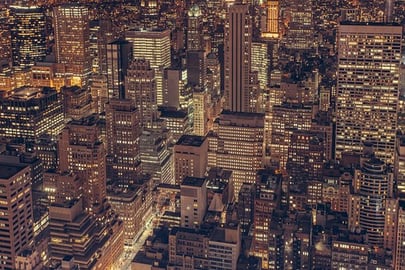 that before 1980 less than 5% of Americans were invested in the stock market? That's kind of hard to believe when you've just seen the latest report on the Dow in the evening news, followed by several commercials from investment firms, and even a cable channel devoted to Wall Street!

But our parents were probably not part of all this. They accumulated wealth in more traditional ways, and took much less risk. Why do we take such risk with our money today? Because we have been educated by the Wall Street machine to believe that we have to.

As an investment advisor, and a financial planner, I would agree that over the long-term there isn't a better way to grow assets than in the market, which has traditionally returned north of 7% year after year OVER THE LONG HAUL. But what if you are a retiree, or getting close to retirement? Can you really be happy about losing half of your portfolio in a few months, and then waiting six years for it to come back? That's what happened in 2008-09. What if you suddenly had to pay for long-term care just as your portfolio hit bottom? Would you still be excited about Wall Street? By the way, in the 30's, after the stock market crash, an entire generation never trusted Wall Street again, or banks!

When it comes to investment advice, are you considering everything in your situation?

King Solomon said that a wise man seeks advice from many counselors. I would agree (I'm hoping that you'll meet with at least 3 advisors before making any investment decision, and that You'll come to me last...).

Is your only advisor the Fidelity or Edward Jones guy? Then you should know that he or she may be constrained by their firm as to the advice they can provide. I have taken the opportunity to imagine some things that your stockbroker would probably never say to you:

1. What they say: "You've come to the right place! We can get you into a properly balanced portfolio that will properly match your goals and risk tolerance."

What they don't say:"Even though there may be other solutions for your financial goals that you should consider. You've come to me for a mutual fund, and by golly, that's what we're going to put you into. Besides...that's all that I can sell you, and I'll lose my job if I don't put you into one."

2. What they say: "We'll take advantage of "tax-deferral" and place you into a variable annuity".

What they don't say: "Even though variable annuities are some of the least cost effective investment vehicles out there. It may be that any tax savings you get may well be eaten up by fees and commissions, but hey, who's worried about that? Besides, if I put you into one of these things I'm assuring that you'll be my customer for the next 7 years."

What they don't say: " But I'll get paid no matter what you do, and everytime you rebalance your portfolio, too! You won't get much actual portfolio management for this, however, unless you complain. If you do, then I'll move things around, and get more commissions. What a deal!"

4. What they say: "I know the market has been brutal to your portfolio lately, but hang on. It will come back."

What they don't say: "Of course, it may take six or seven years to get back to where you were. It doesn't matter to me that you're a retiree on a fixed income. You told me you wanted a mutual fund."

5. What they say: "I'm always looking out for you. I've got your back"

If so, what are you doing differently today?

My intention here is not to attack all stockbrokers, it's merely to point out that just because a person works for Fidelity or Edward Jones doesn't mean you should blindly follow what they say (or me either, for that matter). But you should always expect a fiduciary level of service from your advisor, and expect that person to be able to show you more than the Wall Street option. There are less risky ways to grow your nest egg, and the older you get the less risk you should expect. As you get to retirement your focus needs to be more about income than growth and risk. Is your stockbroker talking to you this way? If not, you might want to find someone who will.

Would you like to learn the principles that will allow you to prosper even in down markets? Download our free e-book!