Debt is the Enemy of Freedom 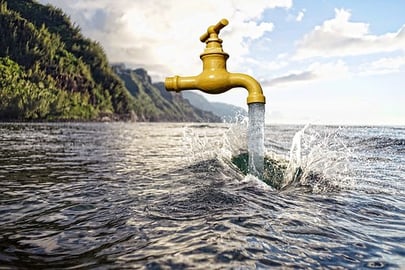 A number of years ago I met with a lady who was turning 65 years old, and going onto Medicare. She was all alone in the world, except for a couple of unemployed children who occasionally needed to borrow money from Mom. She shared with me that she collected $714 a month from social security, still had 25 years to go on paying off her mortgage, and was making two car payments, one for her and one for her son. Social security was her only income.

How does anyone survive on such an income?

If you have read my book, "Compounding Wisdom" you'll recall that one of the Biblical financial principles is to avoid debt as much as possible. Although a little debt can be used as a healthy leverage in some cases, too much of it will begin to suck the life out of your finances. How long do you think that you can get away with paying off your Visa card with American Express? Common sense will tell you that eventually that train must come into the station.

It's nonsense to believe that you, as an individual, can use credit to pay off more credit for the rest of your life. Interest will begin to compound against you until you reach the point where you just can't pay anymore. At that point your financial freedom is lost and you will be dancing to someone else's tune for awhile.

Yet we as a nation are being asked to believe that these same Biblical principles don't apply when it comes to Macroeconomics.

The International House of Cards

If you'll pay attention in our political debates (I know it's hard, but bear with me) you'll notice that the subject of our national debt will sometimes come up. You will hear that we owe, as a nation, $20 trillion dollars. Owe it to who? To anyone who has chosen to purchase U.S. Government issued bonds. That would include nations all over the world....countries like China, Russia, the EU, even our own country. These countries are betting on the soundness of our national economy. The interest on these bonds must be paid, else the greatest country in the world will have to declare a default, and economic chaos will unleash on the world.

We have already seen a little bit of what happens whenever a sovereign nation defaults on it's financial obligations. We all remember Greece, as markets around the world reacted violently to their default. It was so serious that the EU realized it had to step in and bail out Greece, in order to stop a more widespread financial panic. Greece was the overextended Visa card and the EU was the also overextended American Express.

We are now seeing the ripple effect of this decision as the healthy economies of the EU begin to resent the fact that they are having to support the unhealthy ones. In fact, some are considering pulling out of the EU, and Britain already has voted to do so. As the pool of creditors begins to shrink, the financial situation gets worse for the rest of them.

Now, enters a crisis for one of the healthy nations: Germany. Last year, Deutsche Bank, the largest bank in Germany, began fighting off regulators, from the U.S. no less, who are threatening incredibly huge sanctions, sanctions so large that the bank itself is rattled, and investors and depositors are leaving with very large amounts of their deposited money. Is this the final card to fall before the international financial snowball comes home to us all?

Let's take a look at the situation overseas. Japan has had more than a decade of no growth and a shrinking stock market. China's economy is also retracting. The EU is an economic mess and has had overall, more than a 10% decline in it's market for the past year and a half. Recently, Puerto Rico defaulted on a large bond payment. The world has been leveraged to the hilt. Economies built on credit must inevitably come to a crisis point. It's just math.

The Land of the Free

Now let's move back a little closer to home. Our markets are also showing a little upward sustained movement, and I believe it's simply because we're the last place on earth to get any growth. The average investor has very few choices, other than the American stock market, if he wants growth. Can our party continue?

I mentioned earlier that we are indebted as a nation to the tune of $20 trillion dollars. The word trillion seems to leave us unaffected as voters. We don't care. We just want our free stuff! Free food, free healthcare, free cellphones, free college, free, free, free. And the politicians are very happy to promise us our free stuff. Can we pay the interest on $20 trillion in obligations as a nation? It's interesting to me that we don't even seem to worry about it anymore? We're the richest nation in the world, right? Oh, there's one more thing to consider: in our national debt calculations unfunded liabilities are not counted, things like Medicare, Social Security, and other government (un)funded promises. When you add in these things, our country is on the hook for more than $150 trillion, according to some estimates!

Can we continue down this path? No.

Is anyone worried about it? It seems to me, not enough are.

And so what's the inevitable conclusion? Financial convulsion, highly increased market volatility, and probably even a great loss of personal freedom as our government applies more and more forceful measures to square the balance sheet. Again, it's just math. And the math tells me that our American experiment in freedom may have just been exchanged for lots of free stuff.

I read a book years ago by Larry Burkett entitled "The Coming Economic Earthquake" which was brilliantly prophetic. His point was that our ignorance and disregard of basic financial principles as outlined in the Bible would one day wreak havoc on our economy. I believe we're seeing that now.

Please don't misunderstand me. I don't mean to be a doom and gloom financial voice. I still believe that the American people are the best in the world....in fact we are comprised of the best from the world over, and we have faced many challenges through the years. This is just another one, but we must face it. Every year that we keep our head in the sand is a wasted year in paying down our Visa card.