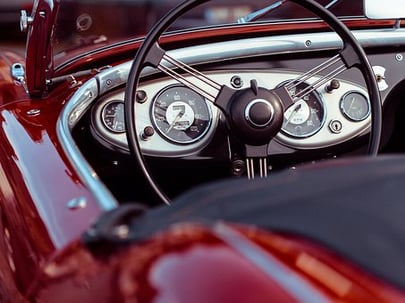 Bill and his wife Willa have done well over the years. Bill was the owner of several successful businesses, and his net worth today, at age 60 reflects that. Willa too, was very industrious, and between the two of them they have now accumulated a net worth of $13, 400,000. The couple has two children who are also very successful. Albert is a surgeon and their daughter Emily is a college professor.

Bill is surprised to learn from his financial advisor that his estate will be subject to substantial transfer taxes at his and Willa's death. There is an unlimited spousal deduction available to her should he die first, and vice versa, but at the death of the second spouse there will be a tax consequence. The unified credit amount is $10.9 million for the two of them, but the value of the estate exceeds that amount by $2.5 million. At a 40% rate that would leave a total tax bill of a million dollars for the children to pay.

Bill and Willa are both in excellent health today, and Bill has considered buying a $1 million second-to-die life insurance policy (a second-to-die policy only pays off at the death of the spouse, which accomplishes his purposes, and is also less expensive that a single life policy) which will take care of the taxes on the estate. The IRS, however, considers any life insurance policy owned by Bill or Willa to be part of the estate. In other words, the million dollars from the life insurance payout would increase the total tax bill due the government.

When it comes to estate tax reduction, one of the most useful tools for removing assets from an estate is known as an ILIT, or Irrevocable Life Insurance Trust. Using the ILIT, Bill and Willa can utilize the following steps to keep that million dollars in the hands of their children.

1. Bill and Willa set up an ILIT. Since the trust is irrevocable, the IRS will consider any assets owned by it as not includable in the estate. However, it also means that Bill and Willa can have no control over the assets in the trust. The way the trust is set up is crucial here. We want the trust to solve the inheritance problem, and the terms of the trust will make sure that IRS rules are not broken.

2. Next the couple will purchase a $1 million second-to-die policy on themselves, making the ILIT the owner, and beneficiary of the policy. They can then pay the premiums on the policy by gifting as much as $56,000 per year into the trust. IRS rules allow a donor to give away as much as $14,000 per donor, per child with no tax consequences. Any money gifted to the trust will also be removed from the value of the estate, an added bonus.

3. At the death of the second spouse the life insurance policy will pay off to the trust, all of it tax-free.

4. Now the ILIT, having been previously set up this way, and for this purpose, will either buy up $1 million dollars worth of estate assets, or (even better), loan a million to the estate, again with no tax consequences to the estate.

5. Now the children have $1,000,000 available to them to pay the taxes, and the same net savings to the estate. After the estate is settled, the ILIT can then be dissolved, and all the assets owned by it distributed to the children.

The net result here is (at least) an extra million dollars in the hands of the children. The government is also satisfied (and if Albert or Emily ever run for President, they won't have to explain why they never paid any taxes...never mind that this money has probably already been taxed at least once while the parents were alive...but I digress), and most importantly, the wishes of Bill and Willa were carried out. They took charge of their legacy and declared a happy ending for the kids. The ILIT provided immediate liquidity for them to settle the estate. For high net-worth folks, an ILIT can be a legacy saver.

( A similar case study can be reviewed at Too Much Life Insurance?)